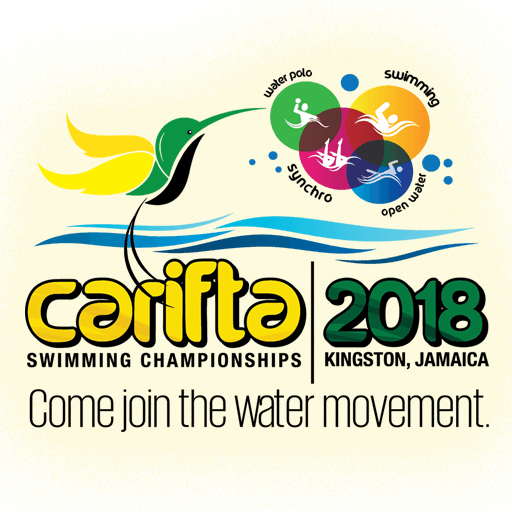 The Barbados Amateur Swimming Association is pleased to announce our National Aquatics Team for the upcoming Carifta 2018  Championships, taking place in Jamaica on March 14th until April 4th. 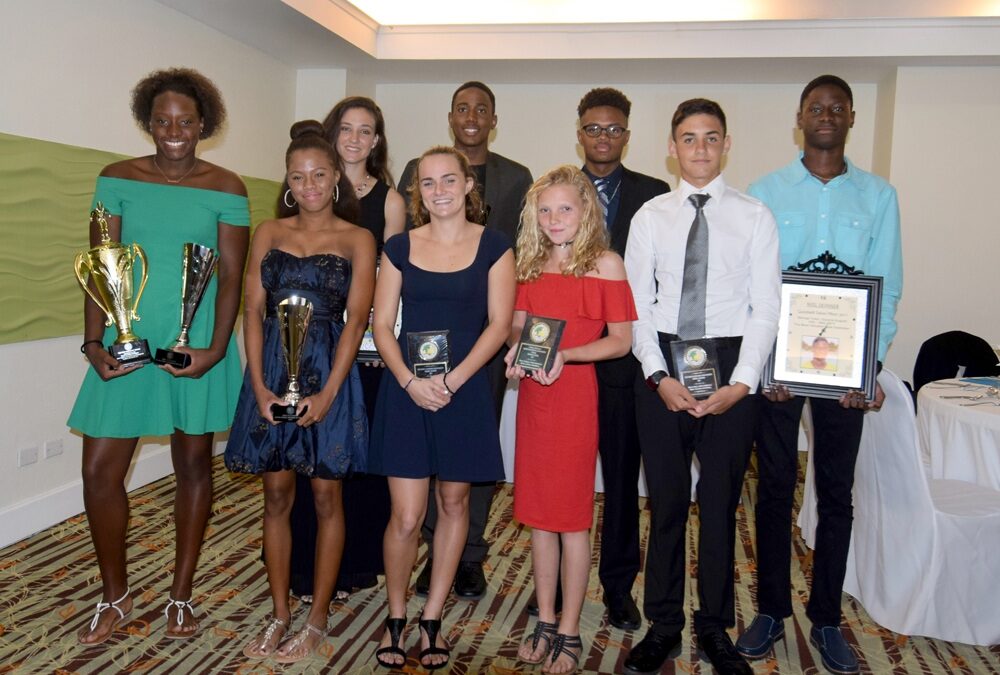 The BASA Awards Ceremony for the 2017 aquatics season took place on Sunday February 25th at the Radisson Aquatica Resort. The event kicked off with a Welcome Address by Mr. Tony Selby (BASA President) and an inspirational speech by one of the founders of the Aquatic Centre, Mr. Maurice Foster. The Aquatic Centre celebrated its 70th Anniversary in 2017, and Mr. Foster shared the stories and experiences that led to the development of the facility.

The Awardees for the 2017 aquatics season are as follows:

The Leah Martindale Trophy for Most Valuable Swimmer: Danielle Titus 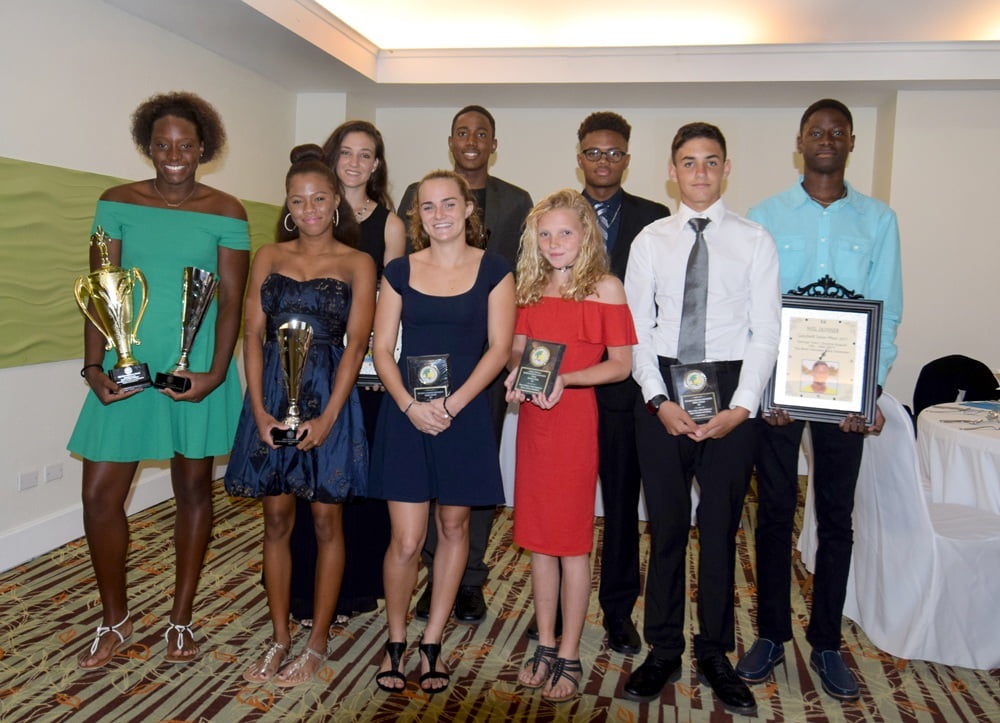 The Most Improved Player: Suann Spencer

The Most Committed Player: Thea Beckles

The Most Improved Player: Tyrese Beckles

The Most Committed Player: Nathan James

The Most Improved Player: Darien Maynard

The Most Committed Player: Anij Brewster

The Most Improved Player: Rihanna Philips

The Most Committed Player: Fozlo Brewster

The Coach of the Year:  Ryan Forde 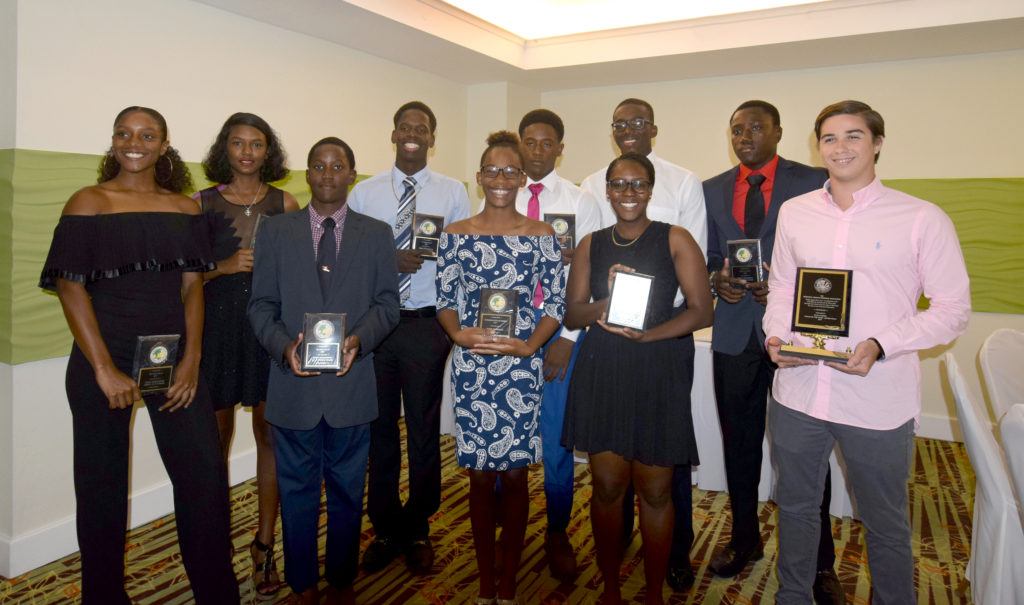 Coach of the Year: Kiera Bloom 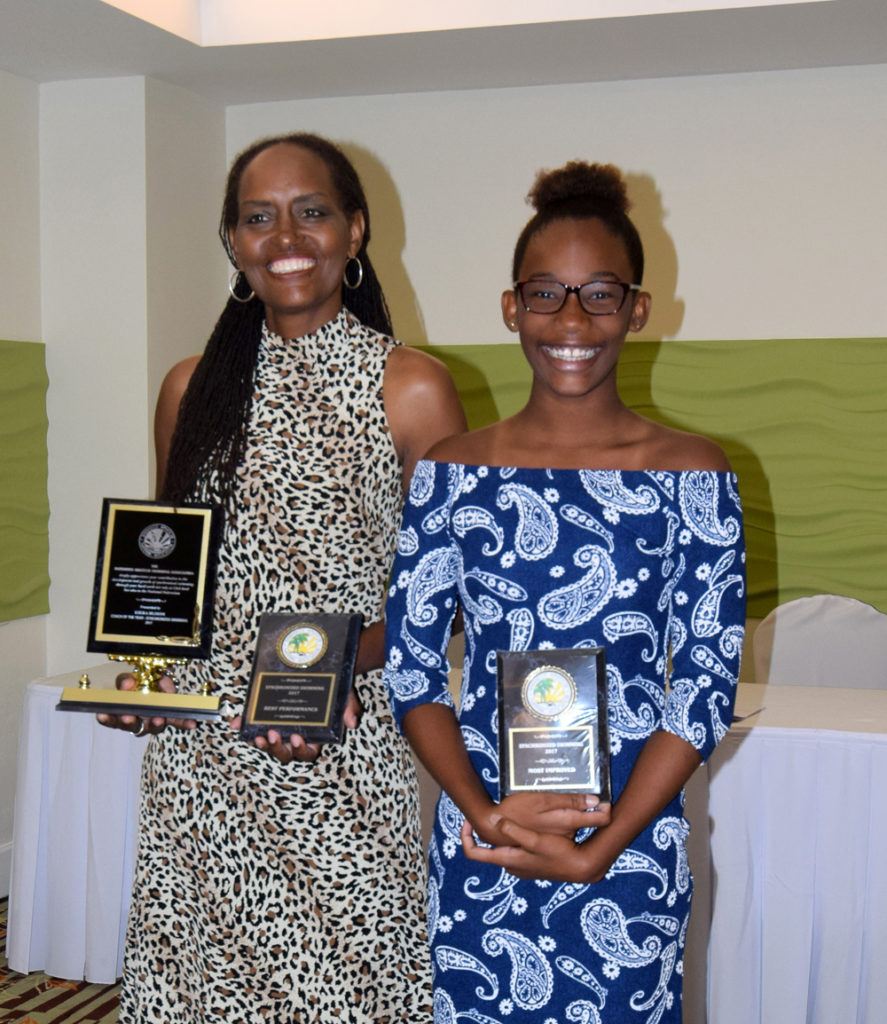 VOLUNTEER OF THE YEAR: Matthew Lashley

This award is given to an individual who selflessly made a significant contribution to the sport, their Association and Clubs for 2017.  The individual receiving this award for 2017 is a constant presence at all local swim meets as either a timer or chief timer and is always willing to go where help is needed.  He has also been instrumental in the development of open water swimming in Barbados over the past few years.  He accompanies our swimmers on every practice to ensure their safety and keeping them on course.  He served as part of the management team for the 2017 CCCAN championships and was brought in by Trinidad to assist as part of the open water safety crew for the 5KM event. 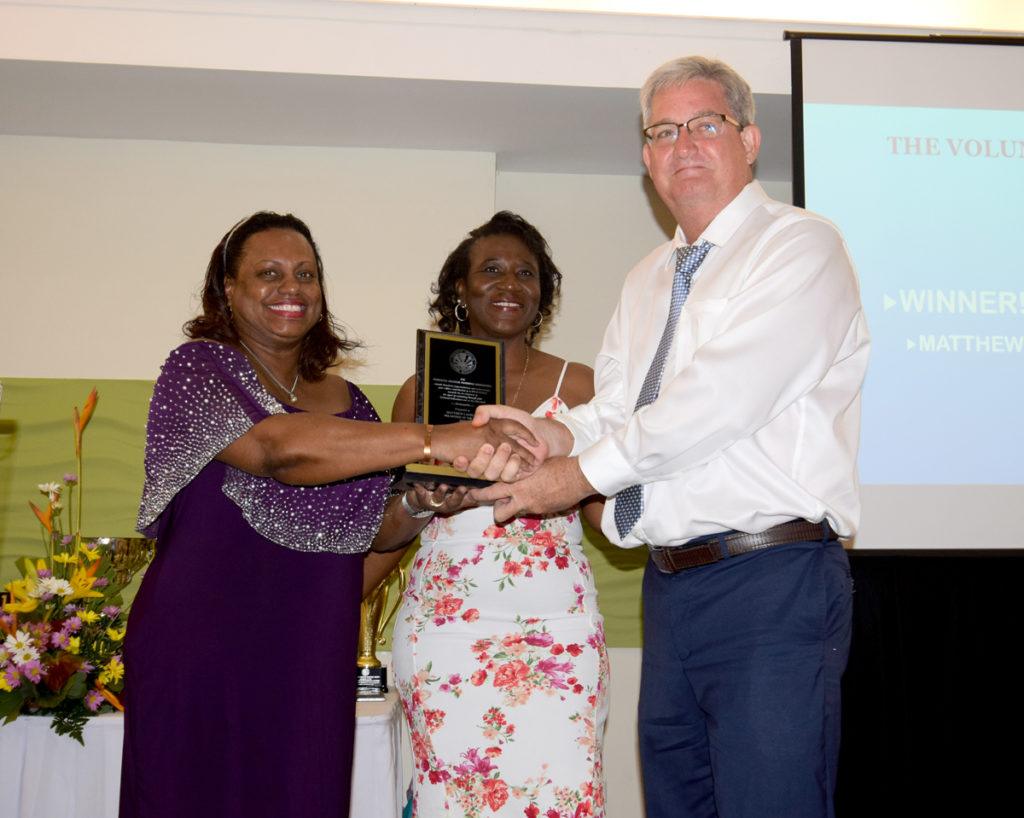 OFFICIAL OF THE YEAR: Sonia O’Neal

Sonia continues to assist the Barbados Amateur Swimming Association with the development of officials and management of locally held swimming competitions. She also travels to sister islands to assist with the management and organization of their events.

Sonia is currently the Chair of the UANA Swimming Technical Committee, and has recently been selected as a member of the International Body – FINA Technical Swimming Committee.

To add to all of this, Sonia has also served local aquatics in an administrative capacity, having been President of the Barbados Amateur Swimming Association for 12 years – (2000-2012); and President of Alpha Sharks Swim Club for 2 years (1998-2000).  She is currently the Treasurer of the Central American and Caribbean Swimming Federation

Coach Tony has been committed to and involved with the development of swimming in Barbados for over 20 years. He has travelled as the National Coach with swim teams to numerous events around the globe, and in 2017 was the Head Coach for the teams travelling to Carifta in the Bahamas, CCCAN in Trinidad and the FINA World Championships in Budapest. He also successfully led his local team to another victory at the Aquatic Centre Invitational in May 2017.

SPONSOR OF THE YEAR: Purity Bakeries

The Barbados Amateur Swimming Association is pleased to announce that the 2018 BASA LC National Swimming Championships (Feb 27 – Mar 4) as well as the 27th Aquatic Centre International (May 25 – 27) have both been approved by FINA as official qualifying events for the Youth Olympic Games, taking place in Buenos Aires, Argentina in October. 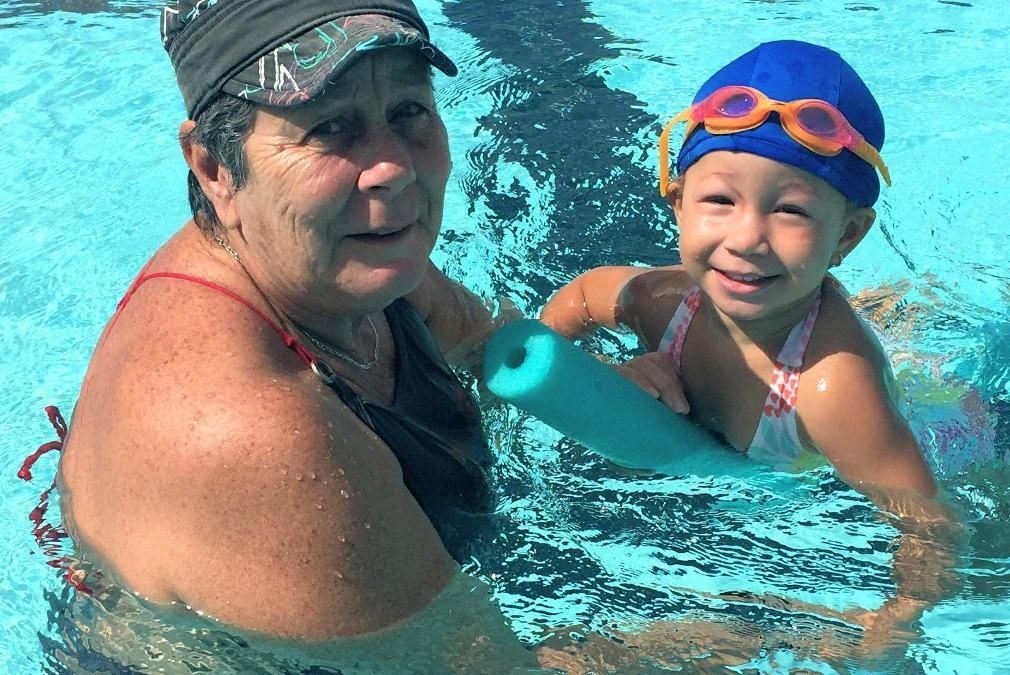 Yesterday, Saturday 9th of December 2017, the swimming fraternity lost a long-standing and beloved member of the family. We are sorry to share the news that our dear friend Madelaine Mercure is no longer with us. In addition to being a swim coach, Madelaine was also part of the Aquatic Centre’s first management team in the early 1990s.

For over 27 years, Madeline and Nicki Hunte together ran the Pirates Learn to Swim Club. This fit with her love of water as she was also a huge sailing enthusiast. Her approach to running the club was always very professional, feeling a real sense of responsibility for the task parents were entrusting the club with. Her dedication showed by her unwillingness to ever cancel a class, so on several occasions classes were taught through heavy showers, and storms, even if only one child attended. Her generous and compassionate nature was reflected when any parent had financial difficulty, the child was never turned away. She really loved children and genuinely wanted to see them succeed and be equipped with the vital skill of knowing how to swim.

Madeline found she had a special place in her heart for the youngest children. In 1999 this led to her beginning an innovative new Parent-Toddler swim class that allowed little ones to become water safe. Every Saturday morning she could be seen heading into the Aquatic Center, a huge bag of noodles on her a shoulder, a smile on her face and an eagerness to get the classes started. Because of her drive to teach, countless Barbadians are now well equipped to take on the water, whether in a competitive or recreational capacity.

Madeline was forced into retirement because of her illness, she knew that she had to put every ounce of energy into trying to get well. She knew she would not be able to keep up the level of commitment and passion needed to run the club through this difficult time. It is on this very sad day that we announce that she has lost that battle, and has now sailed on. 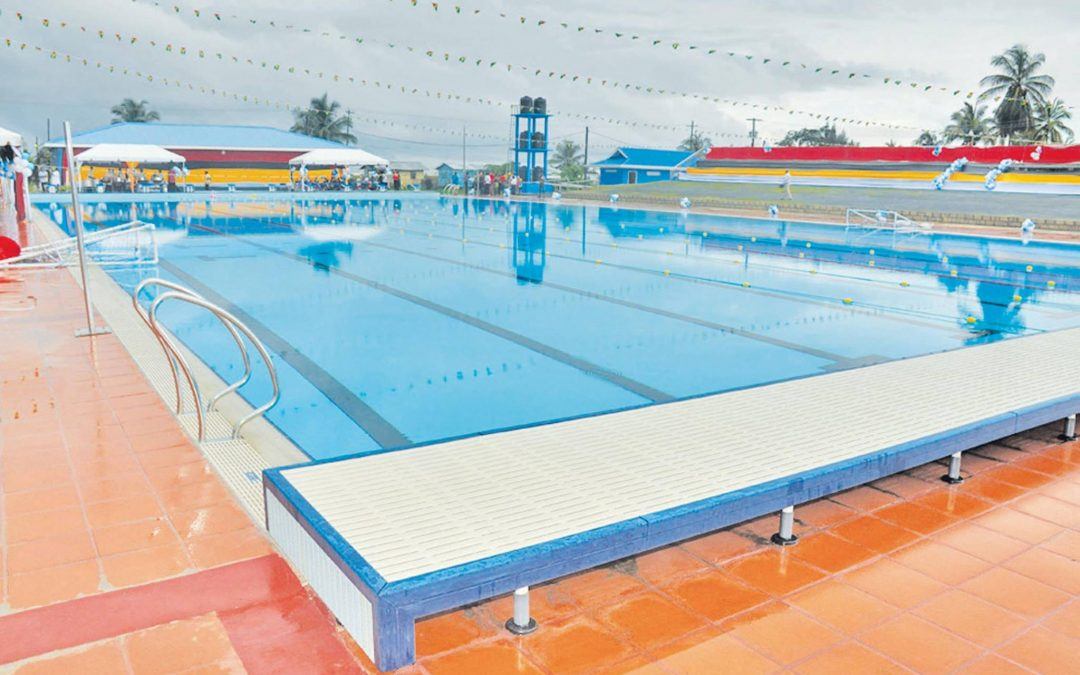 The Barbados team for the 2017 Goodwill Swim Meet has been ratified, and final preparations are underway for the event which will be held from August 18 to 21, at the National Aquatic Centre in Liliendaal, Guyana.

Below is a breakdown of the team’s accomplishments: